I’ll be in ROW E. E FOR EXTERMINATE.
Wait no- no exterminations. Unless you want me to exterminate some money from yer pocket in exchange for commissions, or prints of these lovely cards I bring to you every week! 😀 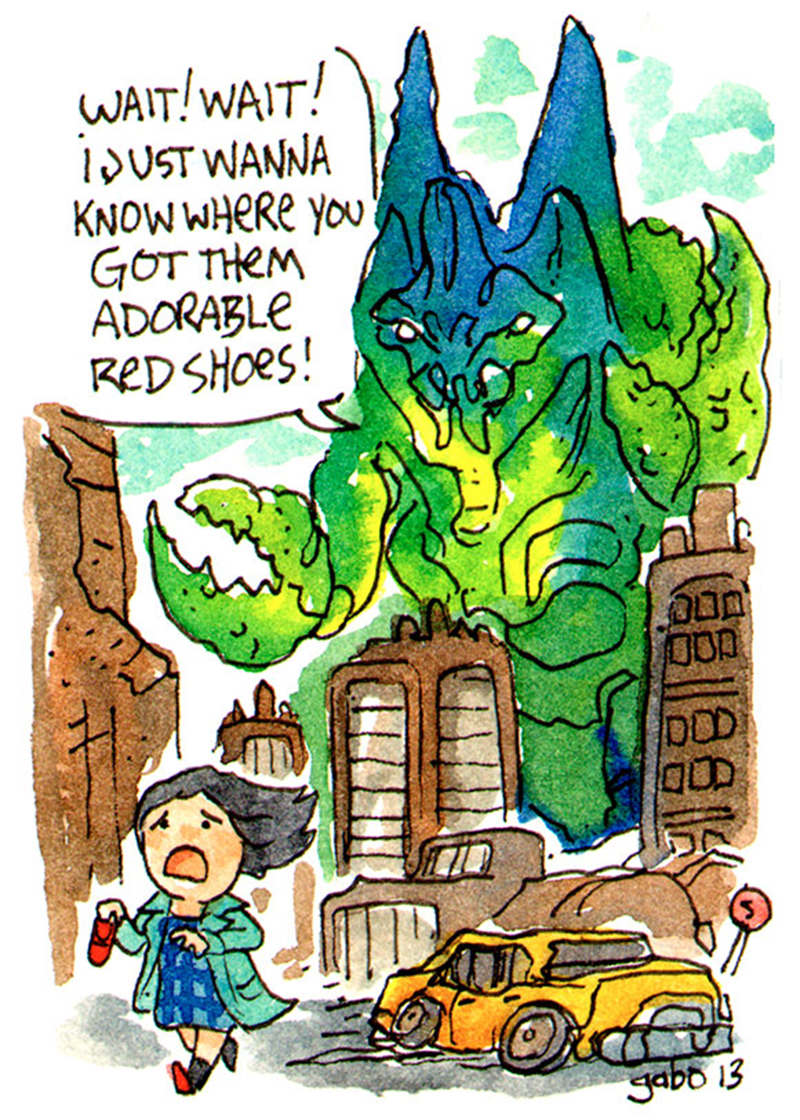 Yes, i took me THIS long to finally see it.But I think perhaps it was better that I waited?
Going in I KNEW not to watch it in 3D, 90% of the complaints I heard from friends was that the film was too dark, and it was hard to figure out what was going on in the action scenes– as all of them (cept for the one depicted in my lil card obviously) take place in a rainy dark setting.

How many times have we been burned by 3D darkness??
I’m starting to see the value in seeing movies normally, the color is so much RICHER.

ANYWAYS.
THE MOVIE WAS RADICAL.
Everyone who says it sucked, take into account two things children:

I try to say that to people but then they get this attitude like “WELL SO WHAT, DOES THAT MEAN I SHOULD SETTLE FOR LESS?”
….

What people dont realize is that this movie has afforded us a pass into that realm of movie genre!
Now some kid out there that absolutely thinks he can do better than Del Toro is gonna grow up, and make something EVEN BETTER.

Sit down.
Shut up.

This is a taste of the cake batter that yer mum is making! It wasn’t the best thing she’s made, but now she’s heard your recommendations (God willing!)
AND HER NEXT CAKE WILL BE BETTER.