I’m pretty sure that 90% of people’s post across the world had the words wtf, batman, and affleck.Or at least that’s what it looked like on my wall– and yes I was part of the hate mob.
And then I went to bed.
And shit got WORSE.

Don’t ya’ll know not to feed the nerds after midnight? 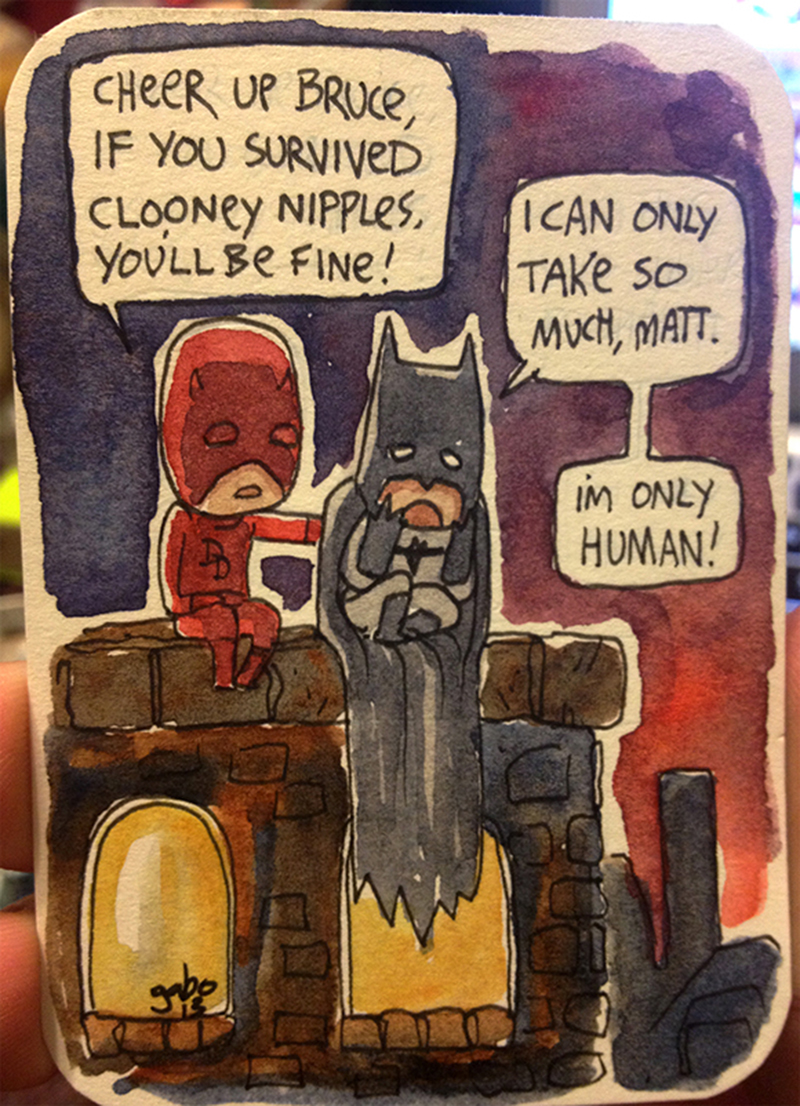 But really- lets get serious here.
He is going to be bats and you cant do a damn thing about it.

Anyways, I went to bed. Woke up refreshed.
Woke up with a new look on the situation. Ben Affleck is actually a really great actor.

Don’t you fuckin sit there and tell me you didnt get at least teary eyed when Bruce Willis switch spots with him in Armageddon. If you didn’t- well you better check your humanity meter. That shit was heartbreaking.

AND YES, HE’S DONE AWFUL MOVIES BEFORE- but come ON. WHO HASNT.

Look, the guy is charming as fuck. So is Bruce Wayne.

He can be serious when he needs to. So does Batman.

I can’t help but think that he’s only gonna be on screen so many times, and those few times that he’s on, are gonna be fantastic. And ya’ll are gonna be like “OMG HE’S THE BEST BATMAN EVER, BETTER THAN BALE EVEN! OMG.”

AND IF HE’S NOT- well ya’ll gonna invite him to comic cons and get his autograph ANYWAYS, cause he managed to fuck up TWO superheroes.

My suggestion to Ben, go have a heart to heart with Chris Evans. His role in Fantastic Four was awful, but as Captain America– he nailed it.