Cosplay Girl of the Month: November 2013

One of the features we do here at Comic Impact is the cosplay girl (NO anime, manga, role-playing games just comics) of the month, that’s right hot girls dressing up like your favorite super- hero characters. This month we’re privileged to have Kinky Clown as the Cosplay Girl of the Month 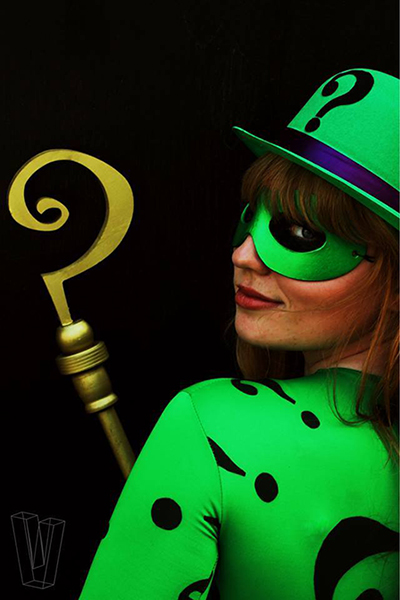 1-What is your name?
My name is Chase, aka Ginger In Glasses, aka Kinky Clown

3-Do you read comics and if so, what are your favorite titles?
I adore reading comics!!!! My favorites titles would hafta be Harley Quinn (the non-messed up version….*cough* New 52 sucks *cough*), Saga, anything having to do with Venom and the Joker/Mask crossover.

4-What is your favorite comic book character?
Harley Quinn. I can relate to her naive nature, especially when it comes to love, but I also love how strong she can be (despite the fact that she’s in love with an abusive killer clown).

5-Who are your favorite artists or writers?
When it comes to art, Jim Lee, Adam Hughes, J. Scott Campbell, and Terry Dodson do it for me. I don’t even care what it is. They illustrate the cover or internal, and I buy it. As for writers, I adore Gail Simone and Brian K Vaughan.

6-What got you into cosplay?
It was a mixture of my online roleplaying (not the dirty kind, get your mind out of the gutters ya’ll) and my friend Courtney. We wrote OC’s (own characters) on Twitter, met through there (we found out we lived in the same state) and she asked me to cosplay with her at an upcoming convention. I decided to go as a very rough looking Harley and when someone asked me for a photo, I was hooked.

7-If you do more than one character which one is your favorite, and if you do only one do you have some ideas for more costumes?
I love all my cosplays equally, but my favorite would hafta be my Fem!Riddler. It just so much fun to walk around, twirling a cane and feeling like a smug as hell genius.

8-How long does it take for you to make a costume?
Good grief…a long time. I am very lazy. I don’t make all of my cosplays, but when I do, they take forever!!!

9-Have you met any of the artists or writers where your costume is based on their work?
Actually yes! My Golden Age Catwoman was inspired by Adam Hughes’ artwork of her. I met him at Heroes Con 2013 and when I asked to get a picture with him, he got up from behind his booth, knelt on the floor and told me to pull his ear. Best. Con. Ever.

10-Do you buy any toys, busts and etc. based on some of your favorite costumes?
Of course I do! My shelves are packed with Harley, Catwoman and Riddler items….especially Harley stuff. I think I might have a problem…

11-So do people know you dress up like a comic book hero on your free time?
Indeed they do. I used to be embarrassed about liking comics and cosplay, but now I really just don’t care what they think. Pretty much all the time I’m like “I WEAR SPANDEX AND I’M PROUD”. I’ve even gotten a few of my friends interested in cosplay! 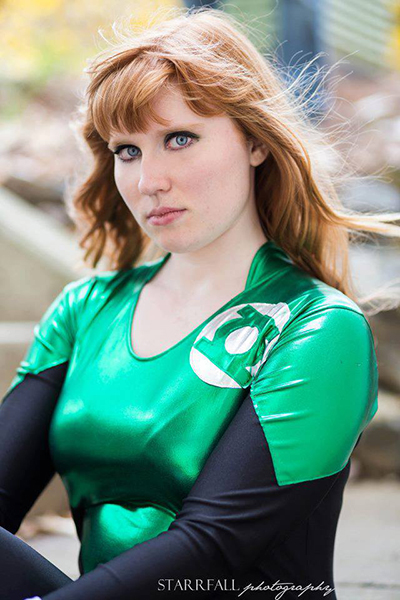 12-What is the funniest thing that has happened to you at a convention?

Hmmm, this is a toughie since I already told ya’ll my Adam Hughes Catwoman story. But here’s another good one. I was at Heroes Con and I was cosplaying as Golden Age Catwoman. My dress has a super low V-neck…like crazy low, and I was talking to my friend Joseph. I got asked for a picture, and after posing, turned back around to talk to him. Beside him was a Rorschach who had just taken off his mask. Joseph told me that he told the unmasked Rorschach (his friend) not to tell me what he had just told him, but his friend didn’t listen. The unmasked Rorschach looked me straight in the eyes and said, “I like your cosplay because of boobs….”

13-Do kids come up to you and think you are the real life character?

When I’m Green Lantern, they do. Cutest story (I’m all about stories), I was at Heroes Con waiting for a friend, when this father and his cute daughter (she looked around 5, very young) came up to me. He was carrying her and both were wearing green lantern clothing (she was wearing this precious green leotard with a GL patch on the chest and a green tutu). Her face lit up when she saw me and he set her down. He asked if I could take a picture with his daughter and I said yes. He gave her her GL ring and I knelt down and extended my fist towards the camera  and so did she. After the shot, I stood back up and she hugged my leg and said “Thank you, Green Lantern!” My heart melted. On a less cute note, when I was Catwoman, a little boy shouted “Mom , it’s Batgirl!” and pointed at me. No Batgirls were around, so when I turned around, he saw that I wasn’t Batgirl and he glared at me. Children! Gotta love them!

14-What do you like to do when you’re not costuming, such as other hobbies?

I sing. I love singing. I actually compete in voice competitions, and I like to write stories and doodle. I also like to paint my face. It’s an odd hobby but I love doing it! 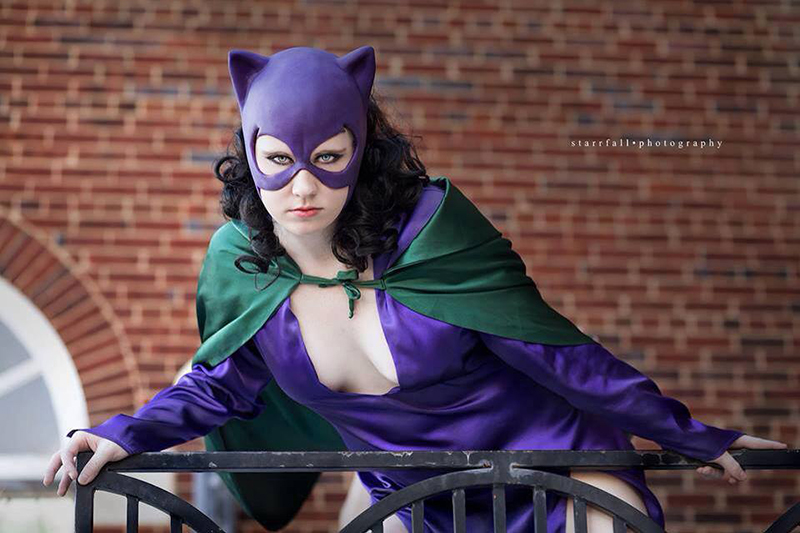