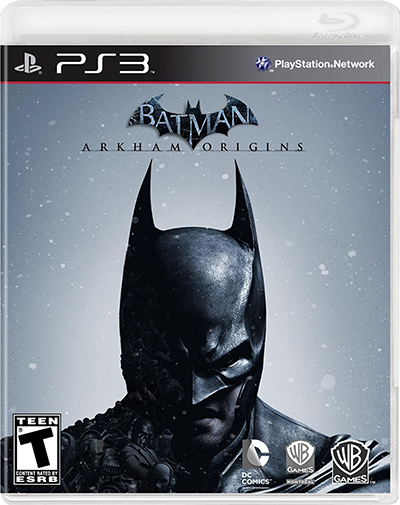 T’was the night before christmas and all through the house not a creature was peaceful not even a winged mouse. The hit list was hung by the chimney with glee near a big pile of cash for the best of eight assassins, who would it be? It’s Christmas Eve and The Black Mask has made his escape from Black Gate Prison and he’s got big plans for the city and means to ensure that pesky caped Chiroptera doesn’t stand in his way. Origins sets the stage for franchise newcomers Roger Craig Smith as Batman and Troy Baker as The Joker. Bringing with them much of the all star voice cast from the games previous installments and two fan favorites reprising roles from the DC Animated Universe; C.C. H. Pounder returns as Amanda Waller and Robert Costanzo as the headstrong Harvey Bullock.

The gameplay is relatively unchanged, It is however filled to the brim with bugs that have rendered at least my copy of the game nearly unplayable. The game is littered with buggy combat and targeting mechanics that focus on brute force rather than stealth; sluggish controls, wonky camera angles, the occasional crash and corrupt save data which caused me to restart the campaign all over again. The crime scene investigations via detective mode have been made foolproof and play out like a bad episode of CSI. The world is larger for the sake of scale and is unrefined. All of this has been a harsh turn from the silky smooth installments of its predecessors. The moment Warner Bros. announced they would be moving the Arkham game series next installment “Batman: Arkham Origins” there was an air of apprehension. Warner Brothers Games Montreal was being handed a beautiful bundle of joy ripped from the loving arms of its baby daddy to push out a game on a time table Rocksteady wasn’t able to accommodate.

To say there isn’t a lot of love in this game would be disingenuous. The story is engaging, the soundtrack is reminiscent of Die Hard and the art direction is phenomenal harkening back to the visually iconic Gotham of the Tim Burton films. Sadly this is all rendered absolutely meaningless in a game that is almost unplayable. If you came looking for something new in the franchise this won’t satisfy that desire, my advice? Play the first two installments and fall in love all over again. The end result is a game made on the fly by cutting corners and recycling content; a cobbled together multiplayer mode and a proprietary in game store have also been thrown in to hock day DLC (The “Season Pass” will set you back another 19.99) because hey, it’s what all the cool kids are doing. I doubt the lesson will be learned but to Warner Brothers I say patience is a virtue.