One of the things we like to do here at Comic Impact is feature various comic book artists each month. Some you may know and some that are new to you. The idea is to make people aware of the amazing talent that’s out there and hopefully to get you interested in reading new books! This month we’re taking a look into the mind of Carlos D’Anda.

1-Who are you and what are you known for?
My name is Carlos D’Anda, and I am probably most known for my recent run on Star Wars, the comic-book (with Brian Wood), and my work on the Arkham video-game series (Asylum and City) …. I was also fortunate enough to be involved in a little franchise that came out a little while back called LEGO Bionicle (which some of the kiddies might be familiar with!

2-Who do you currently represent and what are you working on?
I am currently freelancing, so I’m doing a little bit of everything, but what’s keeping me the busiest at the moment is finishing my run on StarWars for Dark Horse.

3-How did you get into the world of comic art?
heheh… ok, time to feel OLD… the internet was JUST starting out, so I was still sending submissions to studios the old fashioned way, good ol’ Xeroxes and snail-mail, AND I had the really good fortune of submitting work to “Wildstorm Studios” in California, and after about a year of diligently sending submissions to different studios, one day, Jim Lee gave me a call and asked me to join ’em in San Diego. 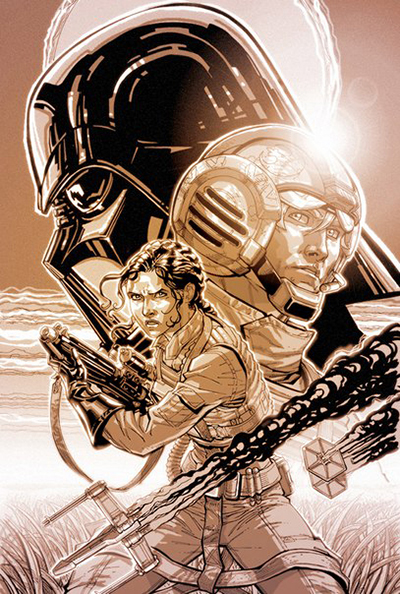 4-Did you ever think as a kid that you would be working in the comics industry?
I always loved to draw, but I never thought that somebody actually got PAID to draw comics, or design movies, games, etc …. so it wasn’t until some time in the 10th grade or so, that I made the connection that there were COMIC-BOOK Artist, and it was then that I got really focused, and started to practice really hard for that specific kind of art-form…. as far as “design” goes, I was always drawing my own characters on the edges of notebooks etc, so who knew that would one day help me do it professionally?

5-Do you read comics and if so, what are your favorite titles?
Oh yeah, I LOVE me some comics… I tend to follow artist more than titles though…. you can never go wrong with Mignola and Hellboy (although Duncan Fegredo is doing an AMAZING job on it), I love Oliver Coipel, Stewart Immonen, Greg Capullo…. one of my recent “discoveries” is James Harren, that guy is AMAZING… oh maaan… the list is pretty long, it’d get boring to name them all!

6-Who is your favorite comic book character?
Honestly, I don’t really have one… as an artist, I am more interested in what the writer has to say with whatever character we are working with. Imagine you LOVE Wolverine, BUT when you get to draw him, it’s an issue of Wolverine talking about his problems at a coffee shop…. know what I mean? … a character is really only as interesting as the writer breathing life into it.

7-What artists or writers are your biggest influences?
looooooong long list, so I’ll give you my top three… as far as Artist go, my “holy trinity” are : Moebius, Jack Kirby, and Katsuhiro Otomo… as far as writer’s go, it would have to be: Grant Morrison, Alan Moore, and right now, Brian Wood.

8-Who is the one character that you’ve always wished you could put your artistic touch on?
ALL of them!!! hahaha…. I’m greedy like that!

9-How long does it take for you to complete a project, issue, or cover?
It varies… “industry standard” is about one month (very often less) to draw one issue (about 20 pages)… so the average, is about a page a day… I’m taking a bit longer on the StarWars work though…. it’s very intricate stuff to draw, AND thankfully, Dark Horse is REALLY good at scheduling, so I can afford to spend more time on the pages. … as far as “design-gigs” go, those are all over the place deadline-wise, sometimes it’s two days, sometimes it’s two months. 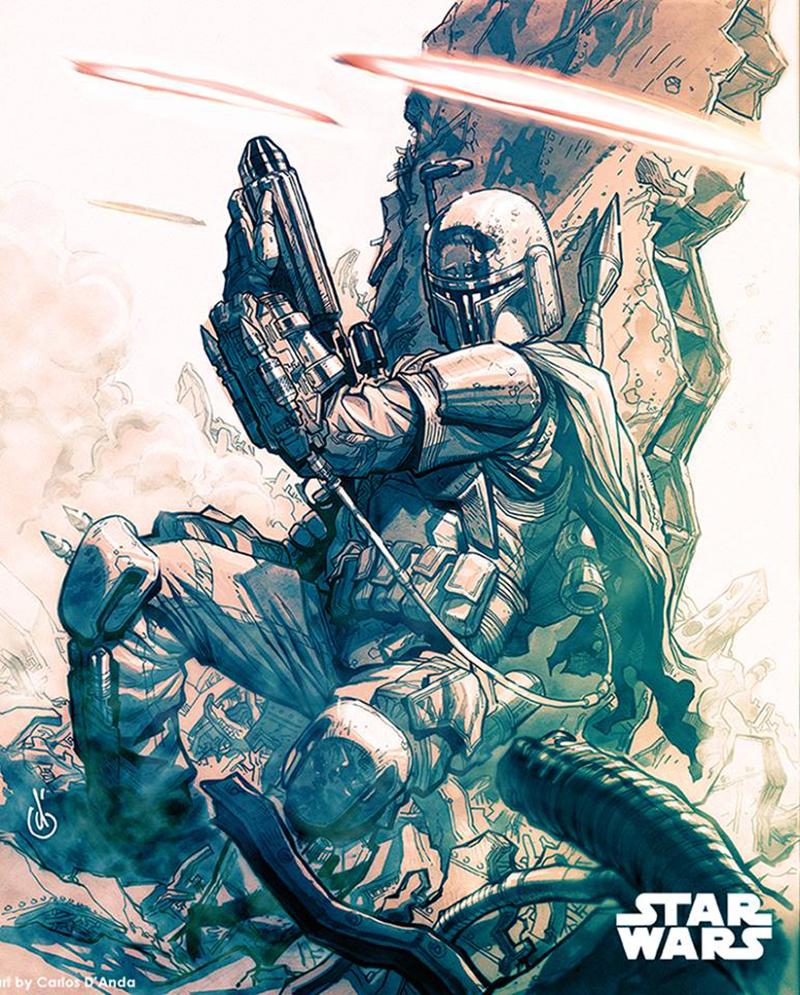 10-What is your basic creative process for each project?
It varies as well, but the first thing I usually do is “soak” in the project…. let’s say I’m working on Batman, so I spend a few days JUST looking at Batman things, OR things that can inspire “My” Batman… what flavor do I want to give it? WHILE retaining the “isms” that make a certain character iconic. I think it’s really important for an artist to “inject” themselves as much as they can into any project they do, find a way to make it feel personal, that way they are more “emotionally-invested” in it, and the project will be better for it.

11-Do you do most of your work traditionally, digitally, or a combination?
it’s a combination, and very often, it’s deadline-related… whatever tool or process that can help me do the best work I can within a specific time… More times than not, I am thankful for deadlines, because they force you to come up with solutions you might not have thought off otherwise.

12-Have you ever met anyone you were star struck over?
I don’t usually get star-struck until AFTER the fact, AND I’m VERY thankful for that…. one of my biggest Music-heroes is Trent Reznor, and I got to sit down and chat with him about ideas for a project that was floating around at the time, and it was totally relaxed and casual….. it wasn’t until I was driving home that it really HIT me; I was talking to one of my favorite all-time Musicians!!! …. ALTHO’, when I met Moebius I was was pretty geeked out from the get-go! 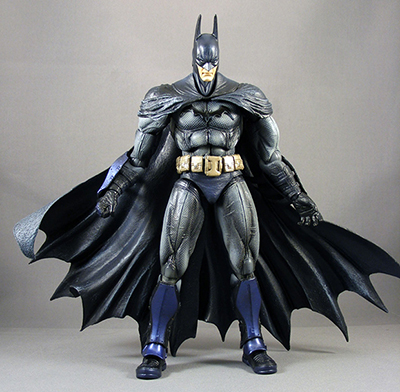 13-Do you buy any toys, busts and etc. based on some of your work?
I do buy toys, Sideshow collectibles takes a chunk of my money on a yearly basis! heheh… BUT I’ve forced myself to go a bit cold-turkey lately, altho’ mainly ‘case I have no more shelf room! … and yes, I DID have to get the Kai Play-arts Batman ’cause it was DAMN COOL!

14-What does your workspace look like?
Right now? organized chaos! or mostly chaos actually… I really need to clean this mess!

15-What is the strangest thing that someone has asked you to draw?
Ooooooh that would be a loooooong and strange (and sometimes, scary) list!!!

16-Do you have any upcoming projects or plans you can share with us?
I’m focusing on StarWars right now, and finishing my run on that… I have a few projects in the back-burner, but nothing I can talk about quite yet!

17-Where can people find you and interact with you?
DeviantArt – http://chuckdee.deviantart.com
Facebook – https://www.facebook.com/CarlosDAndaWerks