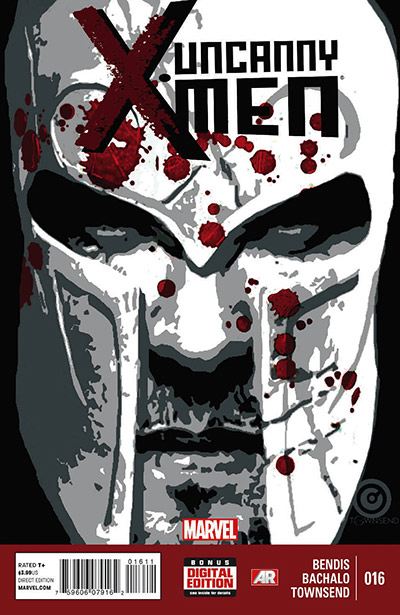 Magneto has always been one of my all time favorite, misunderstood “villains.” I’ve found myself aligning with his sensibilities cause while it would be nice to be as understanding and tolerant as Professor Xavier, the reality is, most people would act in the favor of their own kind, no matter what the means. This issue serves as a taste of what adventures may come for Magneto in his upcoming solo title.

The newly recruited S.H.I.E.L.D. Agent, Dazzler, baits Magneto into going on an undercover mission to Madripoor to see if the island has been harboring mutants. What he finds is that he has was being played from the beginning. As it turns out, Mistique has taken on the identity of Dazzler and we’re able to see what she has been up to with her recent dealings and acquisition of Madripoor. All along, she has been creating a mutant safe haven, more fleshed out than Genosha. Suddenly, you see hints of the old, proud Magneto, but with newfound frustration, and his loyalty to the X-Men, S.H.I.E.L.D., or Brotherhood become irrelevant. Even though he’s been running with the X-Men, his old followers offered him a seat in his vision that they always believed in, not knowing that he had truly given up on it. It isn’t clear what Erik’s actual apprehensions are, but his reaction hints that there’s something more under the surface. He riddles the group with bullets and collapses Hydra Tower on top of them, as the almost sympathetic, Blob, asks him, “Why?” Erik’s silence, almost acknowledges that Xavier’s death has twisted his mind in ways he has yet to deal with.

I’m hoping the upcoming series will be of Erik finding himself once again. I want him to once again be a force to be reckoned with, against the world, fighting for what he believes is best for his people. His motivations and loyalty are still ambiguous, so the question is, what now drives him? Will he go back to his terrorist ways, or will he use his new outlook for the greater good as his late friend would have wanted? The issue ends urging readers to follow Magneto along to his own series. Bendis has bid farewell to this character, giving his blessing to Magneto’s new creative team. I have no doubt that a solo ongoing will be great if they follow this model.