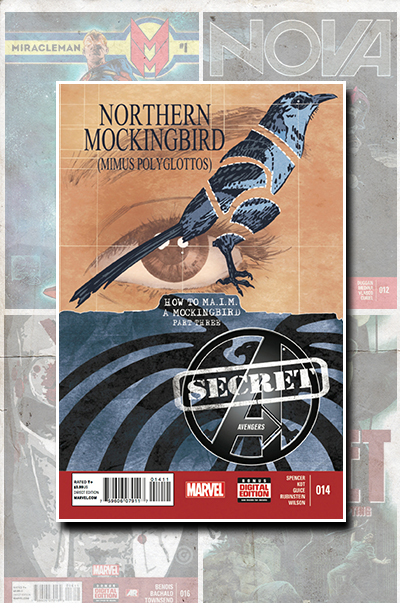 Miracleman #1 by Alan Moore and artwork by Digikore Studios

Freelance reporter Michael Moran always knew he was meant for something more — now, a strange series of events leads him to reclaim his destiny!

Relive the ground-breaking eighties adventures that captured lightning in a bottle — or experience them for the first time — in these digitally restored, fully relettered editions!

Magneto reaches a crossroads. Everything he’s fought for is called into question and he’s forced to make a decision that will change him forever!

You all know the story: a beautiful woman seduced by a secret agent into revealing secrets and helping him on his mission…but what happens to them once the agent is gone? Find out in issue three, as Velvet tracks Agent X-14’s most recent asset down very dark paths. 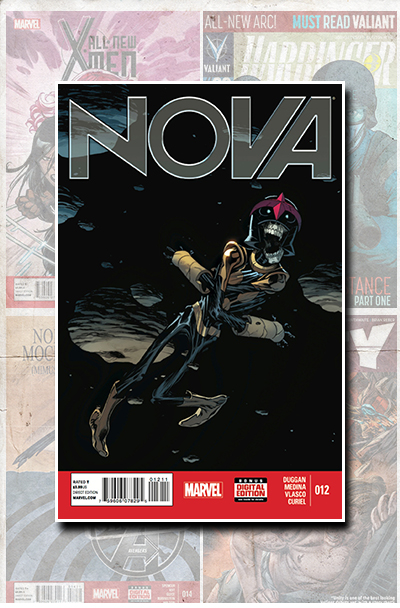 Harbinger #20 By Joshua Dysart and Artwork by Clayton Henry

MUST READ VALIANT! All-new arc, all-new jumping-on point! Joshua Dysart and Clayton Henry launch “RESISTANCE” – and end the Renegades war against Toyo Harada once and for all.

Peter Stanchek and his team of teenage superhuman outlaws have decided that the best defense is a strong offense. Pursued from coast-to-coast by their would-be overlord in the Harbinger Foundation, the Renegades are about to launch a strategic strike on Harada’s secret empire – and they’ll start by revealing to the world just what kind of power they’ve been hiding all along. The ace up their sleeve? A seemingly normal teenage hacker named Ax…who knows exactly what Harada has been up to since day one…

Unity #3 by Matt Kindt and artwork by Doug Braithwaite

On an airtight team of stone-cold soldiers, Amanda McKee is the one variable in the equation that equals absolute kill. Now, as the last woman standing against the unstoppable force known as X-O Manowar, the Harbinger Foundation’s most seasoned technopath has just added one new item to her resume – newest bearer of the X-O Manowar armor and the finger behind the trigger of the universe’s most powerful weapon. Watch out world…this means trouble.