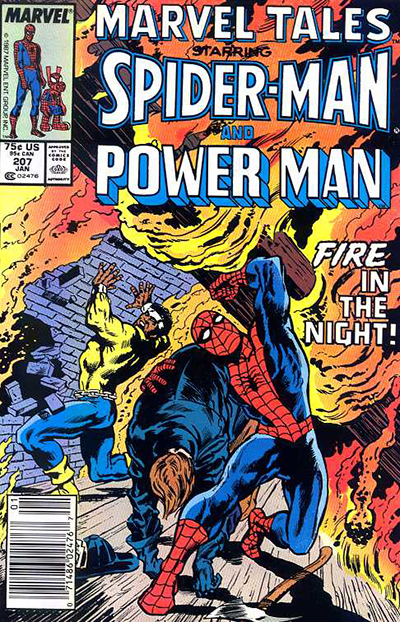 Costumed Heroes and Their Real-Life Counterparts

When I got back into comics in the early 2000s, I discovered the world of podcasting and was introduced to the joys of Queen & Country, Maus, Strangers in Paradise and other books I never knew before (not to mention the delightful works of Jeffrey Brown). But the thing all these books had in common was their level of seriousness – their realism, even – and it made me wonder: where were all the funny-books? Don’t get me wrong, I enjoy both thoughtful fare and inconsequential cartoons as much as anyone. It was the meaningless fluff of the 1990s which lost my interest in comics, and now I found myself looking at comics in a new light, one which was vying for a place among legitimate literature. In 2014, I believe we have struck a balance, one where all types of stories are created, read and celebrated throughout the world of comics. These include biographical, historical and political stories; romance, horror, intrigue and science fiction galore; and traditional super-hero comics which continue to push the boundaries of credulity with their wonderful ridiculousness.

In the Bronze Age, however, books with a serious tone were less common and stood out like a sore thumb, particularly in titles which were known to be super-hero fluff. In November 1978, the lives of Marvel’s hottest heroes went from high-anxiety to calamity in the blink of an eye as Spider-Man and Power Man tried to survive “The Smoke of That Great Burning” in Marvel Team-Up #75. We begin with our heroes donning their big-collared dancing suits to escort their lovely ladies (Mary Jane with Peter Parker and Harmony accompanying Luke Cage, of course) to a super-fly discotheque in Manhattan, “Studio 13”. Peter pulls off his best impression of a “square”: admitting to a lack of dancing skills, using some way-too-corny language and apprehensive over his own social angst. Even the bartender gives him a hard time, asking if he wants a straw when Peter orders his beer a little too politely.

The action begins when the “Rat Pack” – a crew of dark-skinned gents donned in shirtless vests, panty-hose masks and automatic rifles – busts in and demands that everybody hand over their valuables. Peter ducks into the restroom to emerge as Spider-Man and Luke Cage simply remains himself as they proceed to foil the gang’s hold-up without much trouble. Some of the Rat Pack get away with a hostage in tow, but instead of attempting a rescue, Luke suggests they follow the gang back to their hideout. As they scope the bad guys’ pad, the creeps have decided let the girl go free, so Spider-Man and Power Man see no reason to remain stealthy. As they prepare to raze the Rat Pack in their “home turf”, Cage reflects on how he usually does this kind of thing for money and wonders to himself what motivates Spidey. “Somethin’s eatin’ away at that dude–Drivin’ him ta live this kinda life. I can feel it deep down”, he thinks. While Spider-Man swings in through the front, Power Man stomps on the roof of the bad guys’ building and ends up crashing through five floors below (talk about urban renewal!).

It turns out that the Rat Pack is an “arson mob”, extorting landlords for protection money at the threat of burning down their properties. They are planning a job tonight, getting their incendiary chemicals and ignition materials ready, when all of a sudden two super-heroes bust in and start taking them down. The last man standing hurls chemicals in Luke’s face, temporarily blinding him, and then prepares to set his prey on fire when his lighter ignites the vapors in the air and blows the room to kingdom come! Power Man is hurled from the building at break-neck speed, only slowed down thanks to Spidey’s lightning-fast reflexes and incredible web-line. Unfortunately, the explosion has ignited all the mob’s arson materials and the building quickly becomes a raging inferno. Spider-Man leaps into action to save the remaining tenants, ordering Luke to stay put because the crumbling structure will never support his weight while Spidey’s agility will enable him to get the people to safety. Sadly, Peter’s plan goes awry and he soon gets trapped beneath burning support beams and succumbs to smoke inhalation. Fortunately, Luke decides to disregard Peter’s orders and crashes in to the rescue.

Things get serious quickly as the fire department arrives and the flames continue to grow. Luke gets Spidey some oxygen and our heroes ready themselves for another round of action while the NYFD gets laddermen up to the upper windows where residents are screaming for help. A woman shouts: “Oh, please–please don’t leave us here to die!” and her son replies: “Don’t worry mommy, I saw Spider-Man down there!”. In the midst of his rescue efforts, a firefighter in an elevated basket (cherry picker) is helpless to save himself as a burning wall crumbles down upon him. Spidey rushes to his aid, leaping to the top of the basket and lowering the man down by a webline to his waiting compatriots below. In the meantime, a ladderman saves the family we saw before as the little boy voices his childlike concerns: “But I wanna be saved by Spider-Man!”.

The fire spreads and our mortal heroes succeed in getting all the tenants out of the building, but Spider-Man and the fire chief, Ken Jorgenson, are trapped by the fire on the rooftop. Spidey’s all out of web fluid and the men below are calling for Power Man to bring the building down before it spreads the fire to the entire block. Luke hesitates to comply until the roof is clear, but he understands how many lives are at stake should the fire move to the other buildings. Knowing how much it will haunt him to do so, Luke begrudgingly rips the bucket apparatus from the fire truck and slams it into the building with all his strength. At the same time, unbeknownst to Power Man, the fire chief wraps his arms around Spidey’s neck as the wall-crawler strains his weary muscles to leap to the building next door–just barely making it to safety!

To Spider-Man’s horror, the fiery apartment complex comes crashing down on top of Power Man. He launches himself down to the street below and uses his spider-sense to help the firefighters dig through the rubble to find his buried friend. It is then that Webhead gets a tap on his shoulder, finding that Luke is standing right behind him, safe and sound. “What was that you wuz sayin’ about bein’ agile, webs?”, he says, teasing Spidey about his earlier assumptions. No sooner do the two super-heroes celebrate victory than they see the firefighter Spidey had saved from the cherry picker now getting loaded into an ambulance. Spidey asks the chief how the man is doing, to which he replies: “First and second degree burns over much of his body, and he’s in shock–may go into a coma.” Spidey drives home the point that while we readers may enjoy the tales of our favorite comic book adventurers, “Those men are the REAL heroes in this world. We’ve just got the costumes.” 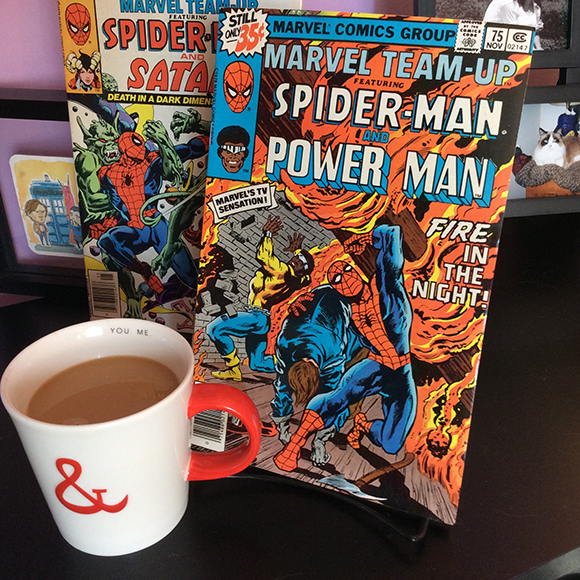 We get a truly thought-provoking tale in this comic, true believers. The work of Claremont, Macchio, Byrne and the other creators is without par in this effort, albeit a little too heavy on the “Marvel-bonics” speech displayed by Power Man. As much as I admire and enjoy this issue of MTU, I will forego my usual musings in favor of the responses this issue received in the letters page published six issues later in MTU #81 featuring Spider-Man and Satana:

“Without possibly knowing about the most recent disaster, Chris Claremont and Ralph Macchio put together a brutally honest, realistic script about the day-to-day dangers involved in fighting fires around New York City … Especially striking for me was the final scene on Pg. 31, when the ambulance was tending to the wounded fireman. ‘If you know an easy way to tell his wife, I’m all ears.’ And Luke Cage’s final thoughts: ‘What kind of man lays his life on he line day after day, knowin’ he may be comin’ home some night in a pine box?’” – Jacob L., Brooklyn, NY

“The scene on Pg. 31 of MTU #76–of the burned fireman being wheeled into the ambulance, the look on the fire chief’s face–was reminiscent of another fire, another day. As I read the final panels of the story, I recalled the November headlines of the Con Ed building that blazed through the night two years ago. I recalled the story of the fireman…who was pinned for hours after the roof caved in on him, and the fire chief who joked with him, tanked about the Bears, for an eternity, as the man was cut from the wreckage, only to watch him die of shock on the way to the hospital … You have reminded us of who the real heroes are.” – Wayne S., Chicago, IL

“It’s very rare for a comic to make you feel, but I felt almost every panel of MTU #75. I felt the friendship between Spider-Man and Power Man; I felt the heroism and bravery of the FDNY; the panic of the trapped victims; the hero worship of the little boy who wanted to be rescued by Spider-Man … I felt Spider-Man’s frustration at not being able to save the hostage, Luke’s self-assuredness, the explosion in the basement, and a hundred other sensations and feelings. I felt that pride and respect for the fire-fighters, and I feel that [Chris, Ralph, John and Al] … have given us the best issue of this comic ever published.” – Beppe S., East Lansing, MI