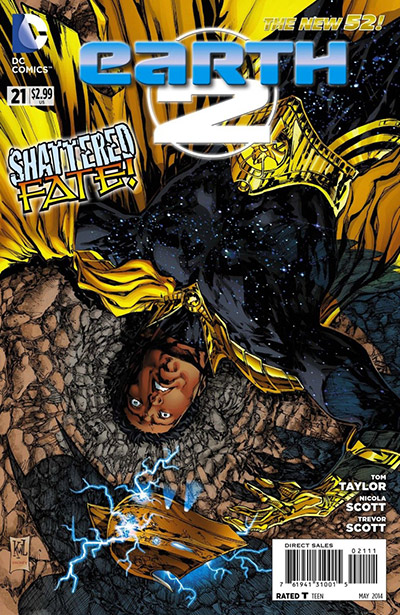 Issue 21 welcomes writer, Tom Taylor, with new arc, “The Kryptonian,” but manages to keep in mind everything that has come before in this series. It isn’t a very good jumping on point, even considering the shift in creative team. This issue is more for to further develop the story that was already in place involving the team of Batman, Lois Lane, and others as they try to figure out how to stop an insane Superman gone evil. This story does a good job of answering the question of what would happen if Superman didn’t hold back his powers, what kind of destruction is he capable of. Superman as a villain may seem a bit off to people, but these concerns are voiced through Lois Lane. There is some humor in the book, but the overall tone is more of desperation and absolute, violent sorrow.

Nicola Scott has been the common thread through the book and it helps the stability during the change of writers. She has had a huge impact on making this book as successful as it is and in this issue she really shines. She is capable of capturing drama, humor, and amazing detail in scenes like the fight between Superman and Atom, as well as the hundreds of people clawing their way onto the Space Ark to escape.

The book has been solid from the beginning and this story is no different. It seems to not pull any punches and plows ahead, always leaving you wanting more every time it ends.