One of the things we like to do here at Comic Impact is feature various comic book artists each month. Some you may know and some that are new to you. The idea is to make people aware of the amazing talent that’s out there and hopefully to get you interested in reading new books! This month we’re taking a look into the mind of Dustin Nguyen. 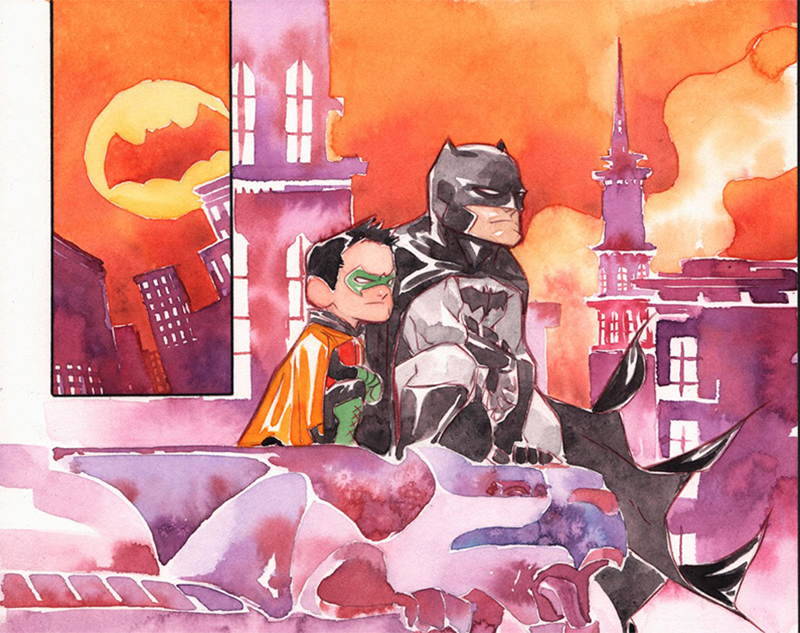 1-Who are you and what are you known for?
Hey, Im Dustin Nguyen, mostly known for drawing lots of Batman stuff.

2-Who do you currently represent and what are you working on?
RIght now, Batman: Lil Gotham full time, and Superman: Unchained part time.

3-How did you get into the world of comic art?
Lots and lots of samples!

4-Did you ever think as a kid that you would be working in the comics industry?
I really wanted to as a kid, told myself “maybe!”

5-Do you read comics and if so, what are your favorite titles?
I read a few books on and off, nowadays just catching up with old ones. One book i try to keep up with is Blade Of the Immortal, hands down my favorite comic today. 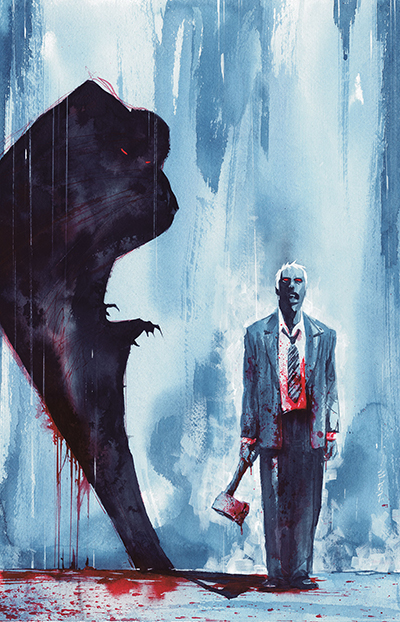 6-Who is your favorite comic book character?
Batman. Pretty generic, i know.

7-What artists or writers are your biggest influences?
There’s actually too many to count and name, i might miss a few.. If you see it in my work, i’ve probably taken inspiration from him/her.

8-Who is the one character that you’ve always wished you could put your artistic touch on?
Mr Freeze .

9-How long does it take for you to complete a project, issue, or cover?
It really varies, A normal 22 page book we usually get 3-4 weeks one, a cover.. i’d get anywhere from a week to about a day or 2. But it all depends on scheduling really. If it’s gotta be done, its gotta be done.

10-What is your basic creative process for each project?
I dont really have a standard process, i just start drawing and see where it goes. But everything does start with a pencil sketch, then later i decided if i want to paint it traditionally, or work in photoshop.

11-Do you do most of your work traditionally, digitally, or a combination?
I use a combination of both depending on what the final use of the image will be.

12-Have you ever met anyone you were star struck over?
Ah.. plenty. I still get speechless around Travis Charest haha. Dude is amazing.

13-Do you buy any toys, busts and etc. based on some of your work?
Luckily, they send me samples of them all!

14-What does your workspace look like?
It is a MESS.

15-What is the strangest thing that someone has asked you to draw?
Me. It’s wierd because it was not for them either, but for someone else they were secretive about telling me. its more confusing than strange.

16-Do you have any upcoming projects or plans you can share with us?
Argh, we have to keep it hush hush for now

But as far as news on Lil Gotham, expect to see it collected late February in 2014, thats one thing many people have been asking about.

17-Where can people find you and interact with you?
I’m pretty easy to find! I started a Tumblr account – duss005.tumblr.com 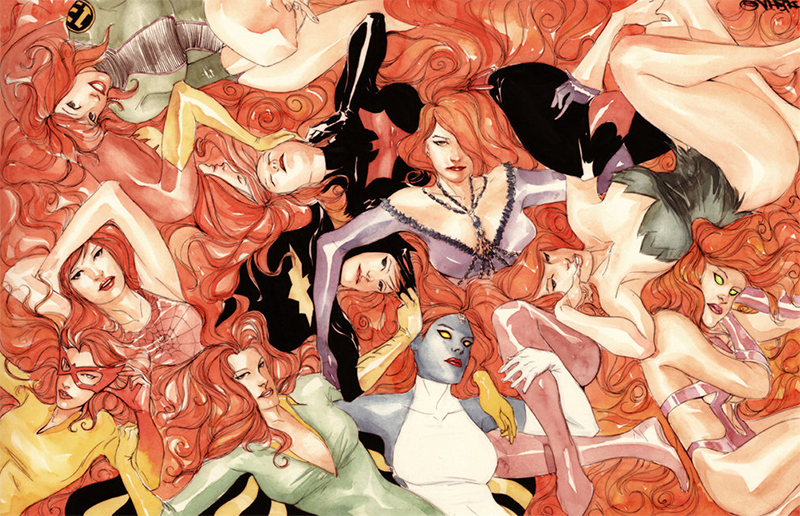