Cosplay Girl of The Month: April 2014

One of the features we do here at Comic Impact is the cosplay girl (NO anime, manga, role-playing games just comics) of the month, that’s right hot girls dressing up like your favorite super- hero characters. This month we’re privileged to have  Comrade Court  as the Cosplay Girl of the Month 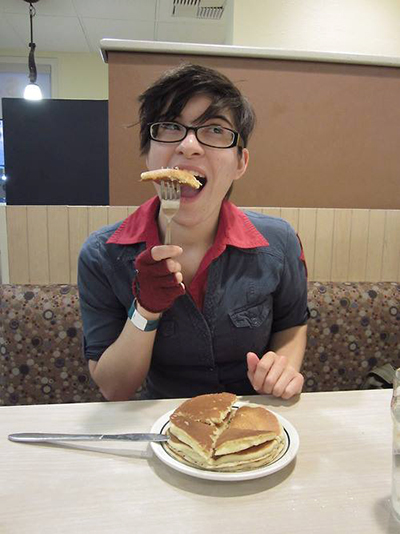 1-What is your name?
My name is Court, but I go by my URL name, which is Comrade Court.  It’s funny whenever people recognize me at conventions and call me Comrade.

2-How old are you?
22! Funnily enough my birthday is August 13th, the same day actor Sebastian Stan, who plays Bucky, was born.

3-Do you read comics and if so, what are your favorite titles?
Ed Brubaker’s run on Captain America, the short lived but amazing Winter Soldier series, The Invaders, Black Widow: Name of the Rose, Both volumes of Nyx, Secret Warriors, Saga, Velvet, Nomad: Girl Without A World, Nick Fury Max, Nick Fury: Agent of SHIELD, Doctor Strange: Season One, Strange: The Doctor is Out, Thor & Loki: Blood Brothers, and Sentry: Age of the Sentry

4-What is your favorite comic book character?
Definitely Bucky Barnes.

6-What got you into cosplay?
I was 14 and I was getting into anime and comic books, and then I found out that people go to conventions and dress up like the characters, and I thought to my self “what better way to show how much I love a character then to dress and BE them?”

7-If you do more than one character which one is your favorite, and if you do only one do you have some ideas for more costumes?
My favorite would be Bucky, it’s fun being a (dead) sidekick.

8-How long does it take for you to make a costume?
If I don’t procrastinate?  Maybe 3-4 weeks? 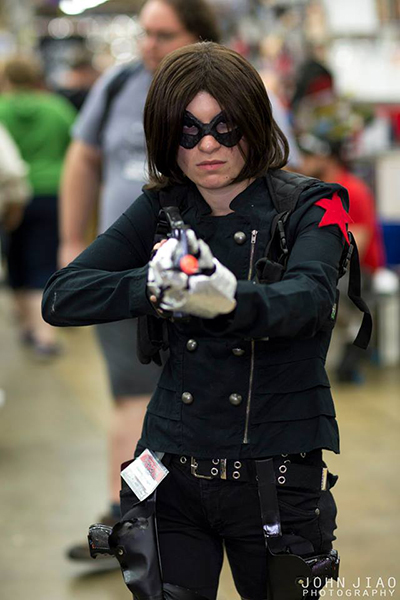 9-Have you met any of the artists or writers where your costume is based on their work?
Yes I have!  I met Jason Latour when I cosplayed Tesla Tarasova (The Electric Ghost) from his run on Winter Soldier.  It was beyond awesome, and very surreal.

10-Do you buy any toys, busts and etc. based on some of your favorite costumes?
Oh of course! I have an entire mantel just of my Bucky Barnes/ Winter Soldier figures and busts.  I call it my shrine.

11-So do people know you dress up like a comic book hero on your free time?
Oh yeah! I couldn’t keep it a secret even if I tried.  I’m always going to conventions and working on new costumes.

12-What is the funniest thing that has happened to you at a convention?
I once cosplayed as Hipster Bucky Barnes for Heroescon, I showed up 20 minutes late to the Marvel Writers panel with Starbucks.  Then as I stood in the back of the room, a girl recognized me from Tumblr and made a point to ask in her question how the writers felt about fandom on Tumblr and pointed me out.  Everyone stopped and turned to stare at me.  I was a little embarrassed, but it was funny looking back on it.

13-Do kids come up to you and think you are the real life character?
Not really, the parents are more excited to see me in costume then the kids.

14-What do you like to do when you’re not costuming, such as other hobbies?
I love going to anime and comic conventions and hanging with my con friends, they’re amazing and supportive.  Besides going to conventions I’m usually marathoning shows/watching movies on Netflix, reading comics books, working on my fiction novel, or dancing around my house late at night rapping to Kanye West.

15-Do you have a website or a Facebook? So people can contact you?
https://www.facebook.com/comradecosplay is my official cosplay page and http://comradecourt.wordpress.com/  Is my personal blog where I talk about all the geeky stuff in my life. Comics/conventions/Cosplay/etc. 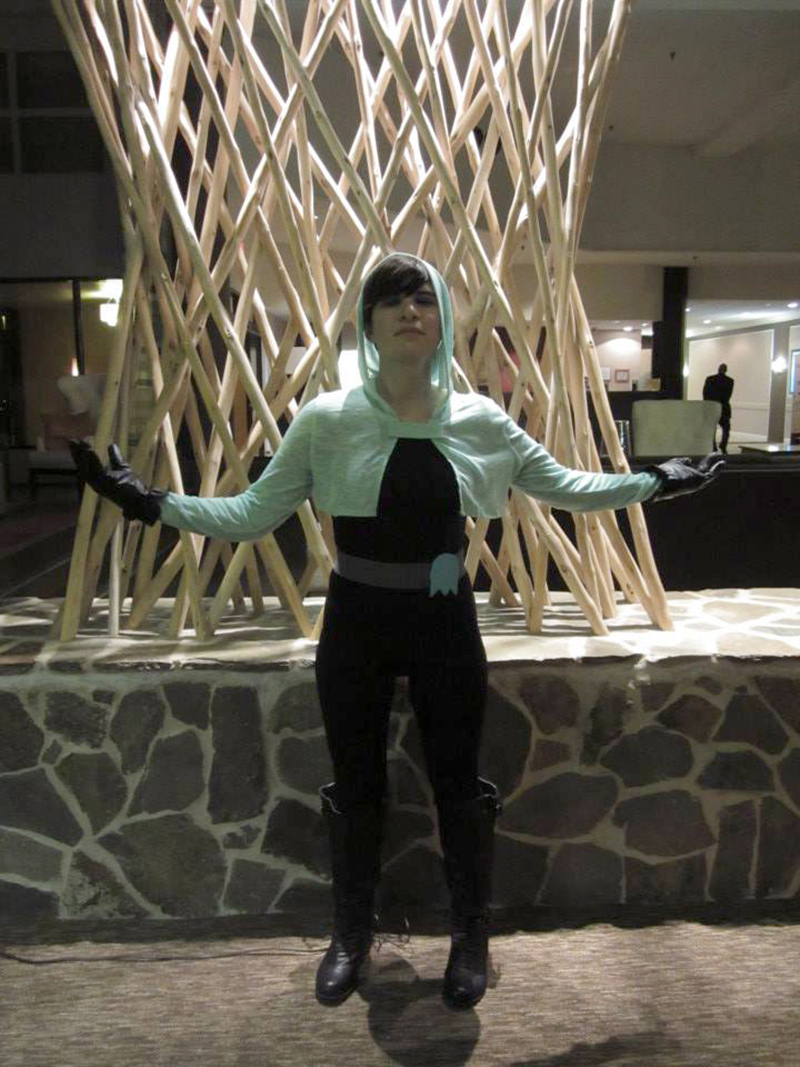