We hope you had a great week and now it is time for you to enjoy Simon and Sheldon’s Top 5 from last week and then take a listen to the Pick of The Week Podcast on last today to hear more thoughts on each book that they picked! It is just that simple! So enjoy the books every week at your favorite community for comic news, reviews, podcast and more only here at Comic Impact!

Daredevil #3 by Mark Waid with artwork by  Chris Samnee 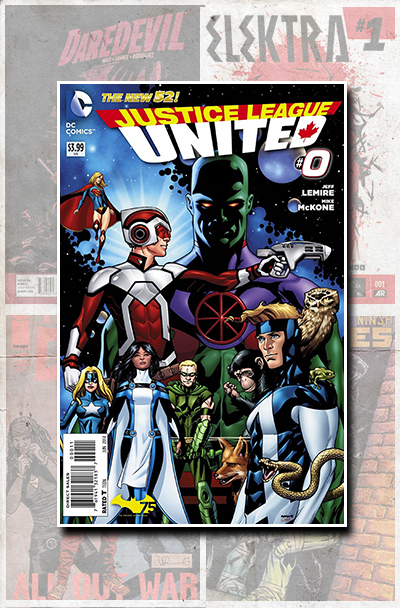 Elektra #1 By Haden Blackman with artwork by Michael Del Mundo

Witness the beautifully violent return of the world’s deadliest assassin. A life spent in silent pain has led Elektra to the precipice of despair. As she prepares to shed her past and take her next step, everything you know about her will change! Death is no escape, but she will find her way as a new option opens up that will take Elektra to places no other Marvel character can go.

In the aftermath of FOREVER EVIL, Adam Strange is caught up in an adventure across the far reaches of the cosmos that will unite an unexpected team of heroes including Supergirl, Hawkman, Green Arrow, Stargirl, Martian Manhunter and Animal Man – but if they’re on the team, who exactly is Canadian? Plus: Don’t miss the debut of a new Canadian hero who will have a huge effect on the group. 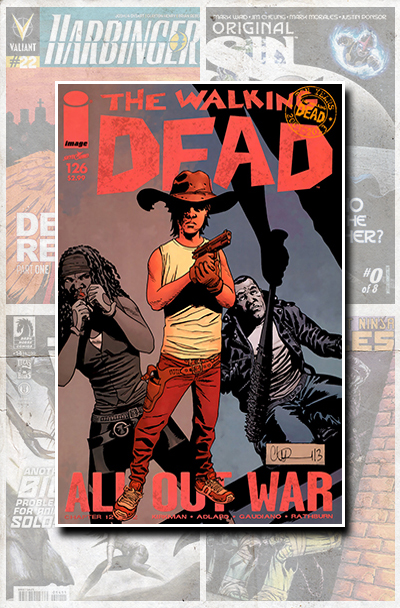 IT’S THE PROLOGUE TO THE BIGGEST MARVEL SERIES OF THE SUMMER!

WHO IS THE WATCHER? That’s what Nova is wondering after his latest brush with the moon-dwelling enigma he’s encountered before! But what he discovers will have a profound effect on the young hero, as well as priming the pump for the most cataclysmic event in Marvel history! WHAT DID HE SEE?

A look into Ania Solo’s prison-camp past reveals a secret connection to the brutal bounty hunter who is desperate to bring her to justice—dead, not alive!

But bounty hunters are only part of Ania’s problems!

The answer to “Who is Ania Solo?” is at hand!