One of the things we like to do here at Comic Impact is feature various comic book artists each month. Some you may know and some that are new to you. The idea is to make people aware of the amazing talent that’s out there and hopefully to get you interested in reading new books! This month we’re taking a look into the mind of Steven Crowe. 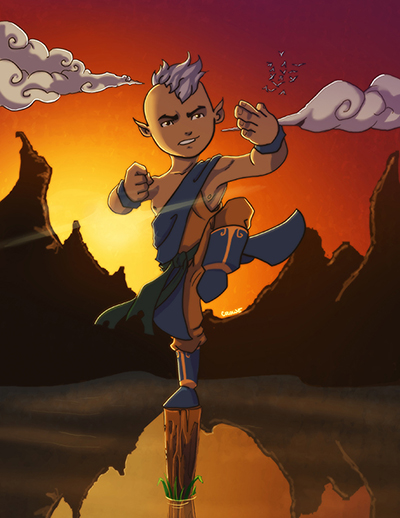 1-Who are you and what are you known for?
My name is Steven Crowe and I’m mostly known for “Not Again Zeus” or “The War Forged” I have also a ton of chibi prints and attend a ton of shows in the Midwest.

2-Who do you currently represent and what are you working on?
I work for Urban Myth Studios and I’m currently working on a few other things. I’m currently writing the next chapter in “The War Forged” along with an all-ages book set in the same universe.

3-How did you get into the world of comic art?
Growing up, I was always kind of a nerdy guy. X-men, Batman, and Spider-man just kinda hooked me at a young age. I would collect Wizard magazine and find the art that I loved and would constantly try to redraw them. It’s funny that I never knew the names of the artists back then. Now I not only know of their names but I know personally the guys who drew them.

4-Did you ever think as a kid that you would be working in the comics industry?
Psh, no way. I thought I’d be a fighter pilot but some terrible math scores and an inability to grow (I’m 5’5”)kinda side tracked those ambitions. But seriously, I never thought about it. I had friends that had their own characters but I never had my own. Slowly but surely I turned that around, and only after I had put out my first self-published book, I realized what an awesome feeling it was. I had total freedom to tell whatever type of story I could come up with and that freedom was something I wanted to reproduce.

5-Do you read comics and if so, what are your favorite titles?
I’m kinda streaky. Right now I’m going crazy for the Batman book that Capullo and Snyder are on. Or some of the Aspen books like Bubble Gun, or Jirni. Oh, and I love Skullkickers. That book is insanely cool.

6-Who is your favorite comic book character?
Oh man, it always bounces between Batman, Spider-man, and Wolverine. I have a deeper connection with them compared to other characters. And depending on what I’m dealing with at the moment, I connect better with just one of them. For example, if there are girl problems, it’s time for some Spider-man.

7-What artists or writers are your biggest influences?
Well how much time ya got, buddy? It was originally all Joe Mad and Huberto Ramos, but as time has gone on I love dudes outside of comics. Like Corey Loftis, Matt Rhodes, or even full on game design teams. The guys at Blizzard, Bioware, Carbine, and the late Vigil games are all incredible. I love the design behind it all. More and more that is what gets me to buy comics or even art books. 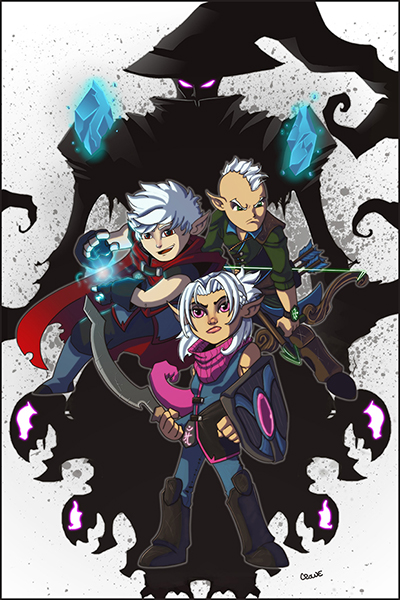 8-Who is the one character that you’ve always wished you could put your artistic touch on?
If I could run wild with anyone of my choosing it would either be the Shadow or Batman. But most likely the Shadow. He is just that awesome old school character that would be fun to put a more modern twist on and really play with his design.

9-How long does it take for you to complete a project, issue, or cover?
Well as an indie publisher it all depends on how many hands are involved. I tend to do my books from writing, pencils, inks, coloring, and lettering so it takes a bit of time. I’m about to jump in again so we shall see as each project kinda varies.

10-What is your basic creative process for each project?
Lots and lots of character design. I’ll normally bring my design work to the writer so she can get a feeling for the character we’re working on, then we structure the story and begin to work on layouts. From there I run with it all.

11-Do you do most of your work traditionally, digitally, or a combination?
It used to be a combination, but when I work on the project from start to finish, it’s easier to work digitally. I still love to sketch and draw traditionally and often carry a sketchbook with me for my personal work, but my published work is all done digitally.

12-Have you ever met anyone you were star struck over?
During the first con I ever worked, J Scott Campbell was seated right behind the booth I was working in. I was crazy excited at first but when I tried to talk to him, I couldn’t form a sentence to save my life. I tried to force a question out asking him to do a how-to-draw-women book, but I don’t know if it came out in a comprehensible way. Since then, I’ve been pretty good. I kinda realized everyone is just a person–some just draw on a level that I admire.

13-Do you buy any toys, busts and etc. based on some of your work?
As of now there aren’t any things like, that but I plan to fix this little problem.

14-What does your workspace look like?
A constant mess of drawing books, soda cans, and various tools spread across a corner desk. While it’s not clean, it’s my little creative home.

15-What is the strangest thing that someone has asked you to draw?
I’ve had some pretty intense commission offers but kinda shied away from doing them. I did have some guys buy a Spider-man commission where he was being shot through the head. I guess their buddy was a huge Spider-man fan and they wanted to hurt his feelings.

16-Do you have any upcoming projects or plans you can share with us?
I’m about to launch my very first Kickstarter for an all-ages fantasy book. I’ve had this in the works for a long time and really can’t wait to get it into people’s hands.

17-Where can people find you and interact with you?
stevencrowe.deviantart.com
Instagram.com/crowestoons
Or add me on facebook for the full on art spam at Facebook.com/steven.crowe.5 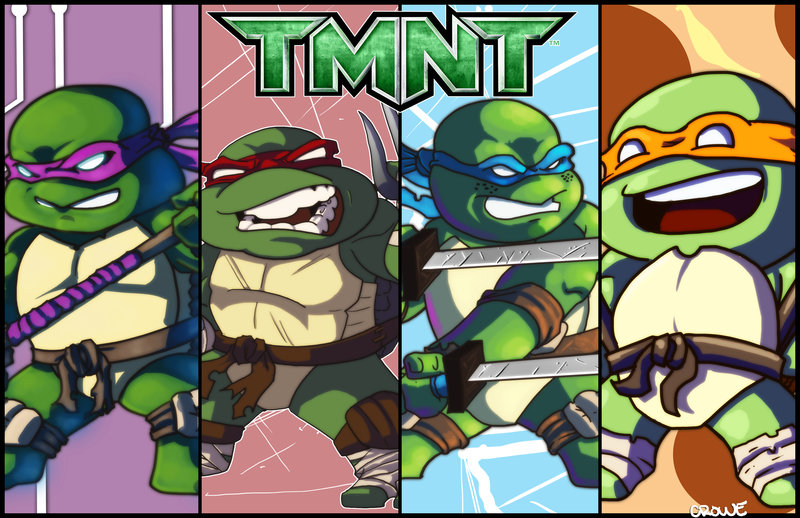