One of the things we like to do here at Comic Impact is feature various comic book artists each month. Some you may know and some that are new to you. The idea is to make people aware of the amazing talent that’s out there and hopefully to get you interested in reading new books! This month we’re taking a look into the mind of Iain Laurie 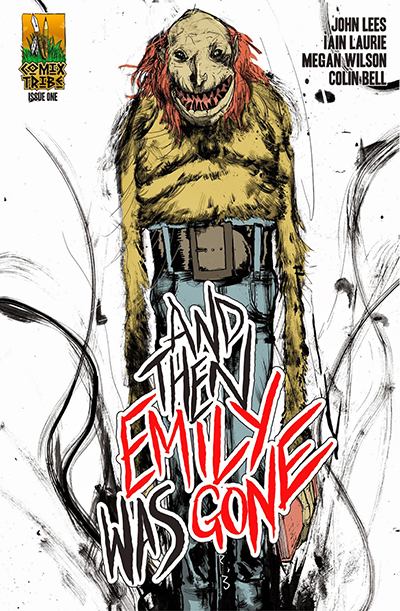 1-Who are you and what are you known for?Mostly for Comixtribes AND THEN EMILY WAS GONE and for the stuff I did with Craig Collins like METRODOME, CRAWLHOLE. Also to a few people for IAIN LAURIES HORROR MOUNTAIN, an anthology i put out a while back.

2-Who do you currently represent and what are you working on?I’m finishing AND THEN EMILY WAS GONE#5, then a special EMILY follow up thing.After that, who knows.Nothing definite.

3-How did you get into the world of comic art? Ive been drawing since i was really young. Always enjoyed drawing but for some reason never felt that how I drew fitted into what I thought was comics. Then I got exposed to people like Jeffrey Brown,Charles Burns,Al Colombia, Dan Clowes and people like that and it was from then is started doing my own stuff.

4-Did you ever think as a kid that you would be working in the comics industry?Never. I come from a small town in the West Coast of Scotland so making comics was never much of an option when I was growing up.

5-Do you read comics and if so, what are your favorite titles?I’m a pretty lazy comics reader. I tend to read the stuff I always read growing up like Batman, Justice League and The Avengers. Really mainstream stuff.It throws people as they expect me to be a big indie comics fan, and i’ve read and loved a lot of them(A Velvet Glove Cast In Iron by Dan Clowes is in my Top 5). But mostly i read comics for a bit of escapism and look to film and tv for other stuff.

6-Who is your favorite comic book character?Batman.Easily. Hes my favourite fictional character in any medium.

7-What artists or writers are your biggest influences?Artists..so many.Frank Quitely, Dan Clowes, Charles Burns, Ken Reid, Alan Davis,Kevin O’Neill Nick Pitarra, Ian Bertram. From outside of comics the painters John Byrne, Peter Howson, Ralph Steadman and Francis Bacon. Writers..Grant Morrison definetly. I would say my biggest influence on anything I do is David Lynch. Everything I do is influenced by him. Hes my hero.

8-Who is the one character that you’ve always wished you could put your artistic touch on?Batman. Or Doctor Strange. John Constantine when it was more of a Vertigo book would have been great.

9-How long does it take for you to complete a project, issue, or cover? Tough. A cover maybe an hour or so.A page maybe 2-3 hours.It depends on the complexity of it. An issue usually takes me a month or just over.

10-What is your basic creative process for each project? It depends. Mostly i read the script and get a feel for it and think of ideas for layouts and panels.I blue line that to see if it works. Then i use a mechanical pencil to work out detail. I do quick sketchy inks on ttop of the pencils then put an overlay of comic book paper over that and draw the page over the top of my sketched page.So basically im tracing myself. 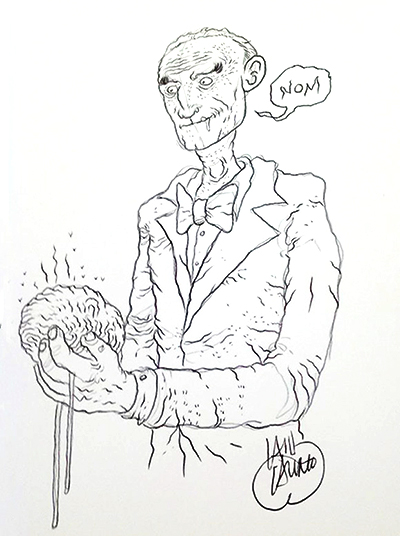 11-Do you do most of your work traditionally, digitally, or a combination? Traditionally. Im not a fan of computers much when it comes to art. I scan and work on the contrast and brightness in Photoshop but i try and deal with them as little as possible.

12-Have you ever met anyone you were star struck over?In comics?Frank Quitely initially but i got to know him pretty well so i dont have that any more. I met Grant Morrison once and was pretty star struck.

13-Do you buy any toys, busts and etc. based on some of your work? No, although if someone wants to make me some that would be cool.

14-What does your workspace look like? A mess of pens,paper and reference mater.Mostly mess.Then theres an A3 translucent drawing board and a lamp behind it. Old school.

15-What is the strangest thing that someone has asked you to draw? I dont really get asked for sketches at cons and stuff but a few years back someone described a character from a recurring nightmare and asked me to draw him.

16-Do you have any upcoming projects or plans you can share with us?Nothing solid. A few possible avenues but the only definite thing is a project with EMILY writer John Lees that were working on for 2015/16.Its still a bit undefined but we’ll get there. 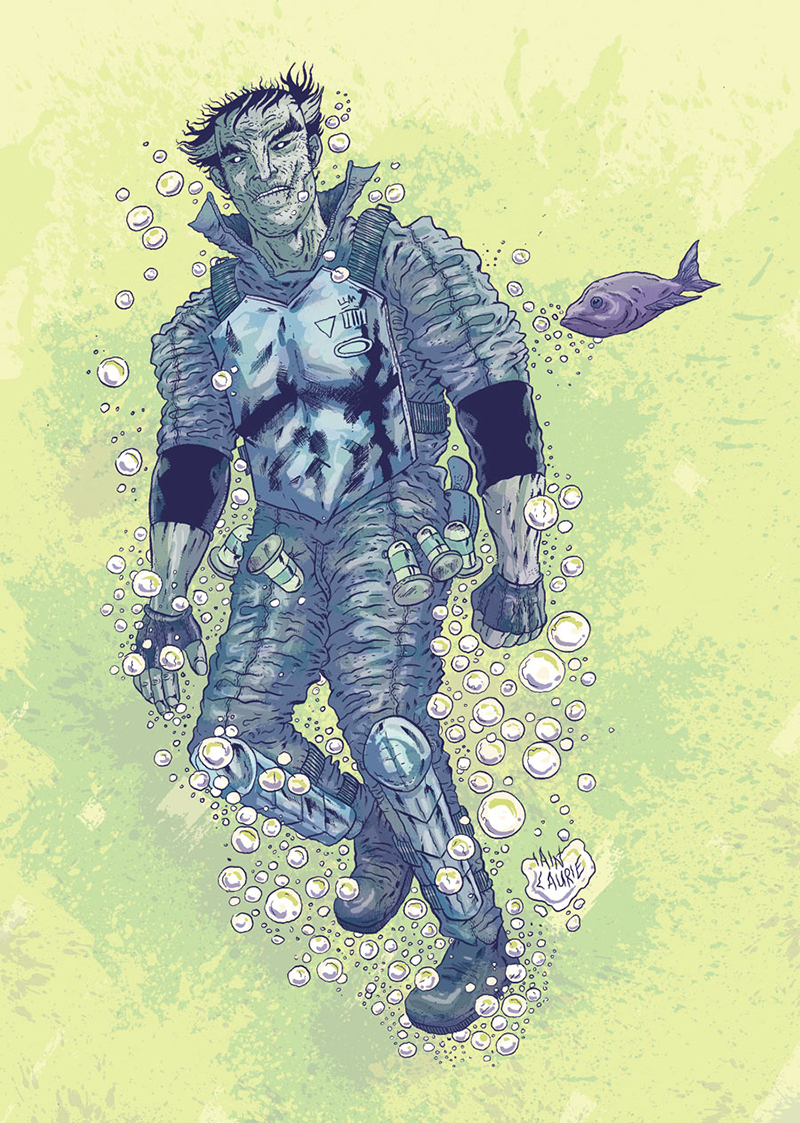