1-Who are you and what are you known for?
I’m Kasey Williams, an indie comic artist currently based in LA! I’m mostly known for my webcomic, Galacticat (http://galacticat.net/). I also made a very small comic called Excellent Manners Wolf, which has gotten a bit of popularity on tumblr.

2-Who do you currently represent and what are you working on?
I currently represent myself! Everything I’ve done so far has been 100% self-published. Galacticat wrapped up a couple of months ago, and I’ve been developing a graphic novel called Before I Sleep. It’s a horror-ish comic about a young homeless woman who spontaneously goes on a cross-country trip with an alluring younger girl. 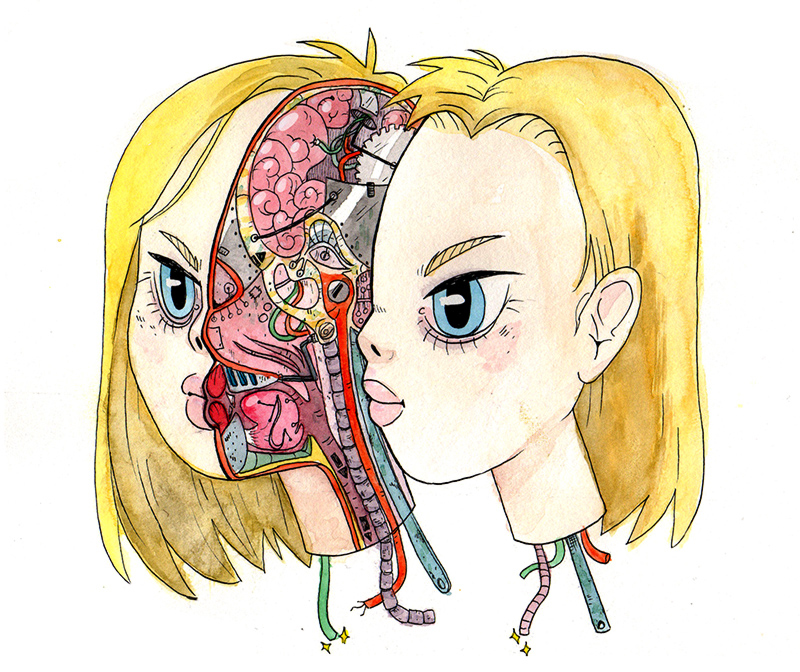 3-How did you get into the world of comic art?
I think my first exposure was through Dav Pilkey’s books. When I was 8, I drew full issues of “Super Dog” comics in spiral notebooks, which were total ripoffs of Captain Underpants and Super Diaper Baby. I met a friend a year or so later who was also interested in comics, and we would collaborate on what was essentially our own Justice League, but with Super Dog, his sidekick, and all of her characters. She introduced me to anime and manga, which blew my tiny mind. I had never realized comics could be more than gags and superheroes.

4-Did you ever think as a kid that you would be working in the comics industry?
Not really- I was really passionate about comics and art, but never thought it would be anything more than a hobby. I remember I always said I wanted to be a marine biologist, but instead of doing research about the ocean and marine life, I would draw comics.

5-Do you read comics and if so, what are your favorite titles?
I do! Some of my favorites are Bottomless Belly Button by Dash Shaw, Amy & Jordan by Mark Beyer, Mr. Arashi’s Amazing Freak Show by Suehiro Maruo, Megahex by Simon Hanselmann, Goodnight Punpun by Inio Asano, and Wuvable Oaf by Ed Luce. I love comics that have their own specific style and voice.

6-Who is your favorite comic book character?
Is it bad to say that Elpy from Galacticat is one of my favorites? I love her! She’s one of those young, awkward female characters, but she’s really confident and great at what she does. 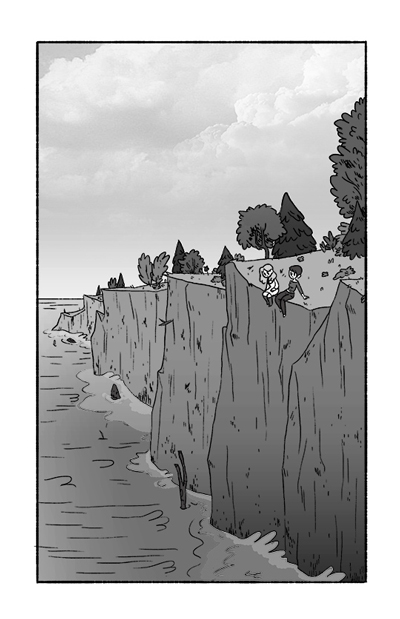 7-What artists or writers are your biggest influences?
I have so many! Charles Burns, Matt Furie, Johnny Ryan, Anatola Howard, Jamie Hewlett, Guillaume Singelin, Ben Constantine, Michael DeForge, Kaneoya Sachiko… But I think, right now, Simon Hanselmann and Inio Asano are my biggest two. They both have such unique tones to their work, and they’re so wonderful at writing these characters who are revolting and yet fascinating.

8-Who is the one character that you’ve always wished you could put your artistic touch on?
I’m not sure, it’s hard to name just one- Probably some terrible anime character I grew up with, like Hamtaro or Inuyasha. I’d draw a Hamtaro/Inuyasha crossover.

9-How long does it take for you to complete a project, issue, or cover?
It really depends- for Galacticat, I was drawing 3 pages a week, so that was about 5 weeks for a full chapter. When it’s not a deadline, though, my timing is pretty inconsistent.

10-What is your basic creative process for each project?
It starts out with a lot of thinking. Like, a lot a lot a lot of thinking. I have trouble moving on with a project until I’m totally confident in it- I don’t like just winging it and going directly into it. Then, I’ll put things into a loose outline. I’m not a fan of scripting things out, because everything I write reads as cheesy to me when it’s in a script. I write dialogue while thumbnailing, and after thumbnails, I move on to the final page!

11-Do you do most of your work traditionally, digitally, or a combination?
Digitally. I used to be 100% traditional, but I got spoiled by being able to undo. If I could undo in real life, I’d totally still ink traditionally! Plus, paper is really expensive… I go through a lot of digital paper and it doesn’t cost me anything! I actually switched from traditional to digital inking while working on Galacticat, and you can really clearly see when the switch was made. The first few pages look super squashed.

12-Have you ever met anyone you were star struck over?
Yes! I met Johnny Ryan at a party at San Diego Comic Con last year. I ungracefully gushed about Prison Pit, but he didn’t really seem into having about conversation with me. I also met Ryan Sands, the founder of Youth In Decline, who used to run a blog called Same Hat, which introduced me to horror manga when I was just a tiny Kasey. I was super hyped to meet the guy who showed me some of my biggest influences, and I’m pretty sure he thought I was such a dope, since he was just a guy running a blog. But it was really important to me!

13-Have you seen anyone dressed as your characters at a convention? Do any stand out?
I wish! I’m looking forward to that.

14-What does your workspace look like?
I have a very basic workspace- just a desk with a computer and a remarkably old tablet (I think it’s like, 10 years old?). I’m looking to upgrade to a Cintiq at some point, but for now, I’m not bothered with what I’ve got.

15-What is the strangest thing that someone has asked you to draw?
Somebody at a con asked me for this pretty specific Supernatural slash drawing. It was like, two characters cuddled up on a couch, watching horror movies, and one of them is scared and snuggling into the other. I’m lucky that that’s my strangest, though- I’ve heard some stories about Arthur pregnancy fanart and things like that. It could be worse.

16-Do you have any upcoming projects or plans you can share with us?
Besides Before I Sleep, I don’t have anything set in stone, other than lots of convention appearances. You can keep up with those on Galacticat’s website, or on my tumblr!

17-Where can people find you and interact with you?
I’m active on tumblr– and have a twitter 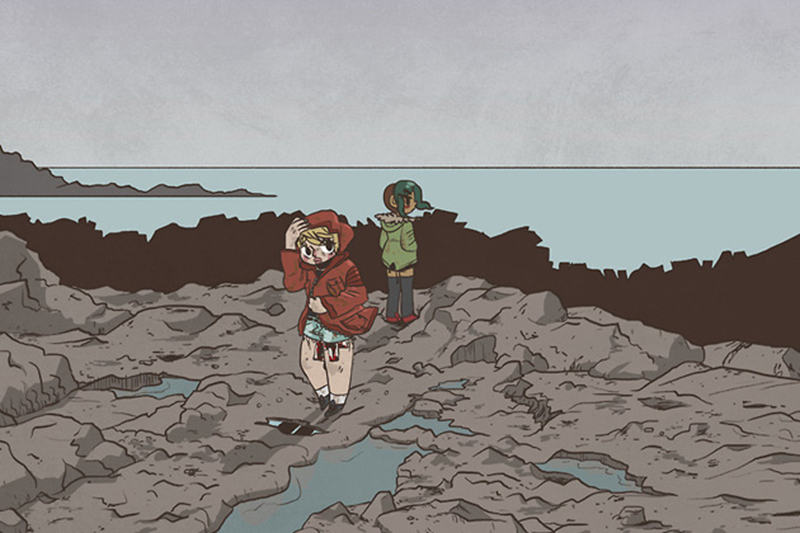